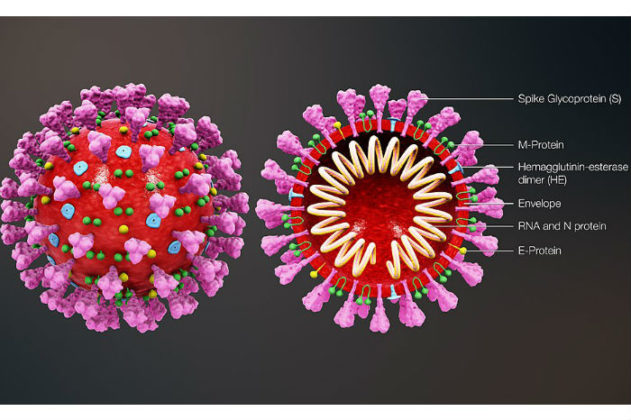 Dear Kings and Queens of the World,

A few days ago I sat myself down at my desk to ingest and digest, as best I am able, a reading list of technical articles that I had set for myself as study material. I had been procrastinating the task not only because scientific writing is terrifically boring to read, but because the message I see as emergent from between the lines of these publications is disturbingly politically incorrect. For this reason, if none other, I suggest that you read on with your own critical faculty fully engaged, or that you view the work as fictive. The latter will certainly make for a more comfortable ride. For the critical thinkers among you I have provided a list of links to articles, but have not bothered to reference each within the body of the text. I wish you good luck with it!

SARS-CoV-2 appears to be optimized for binding to the human receptor ACE2 by insertion of 12 nucleotides. The virus has a receptor-binding domain (RBD) that binds with high affinity to Angiotensin-converting enzyme 2 (ACE2) in humans, ferrets, cats and other species with high receptor homology. ACE2 is a type 1 integral membrane glycoprotein that is expressed and active in most tissues. The highest expression of ACE2 is observed in the kidney, the endothelium, the lungs and heart, and plays a role in the regulation of renal and cardiovascular function, as well as fertility.

The high-affinity binding of the SARS-CoV-2 spike protein to human ACE2 is most likely the result of natural selection on a human or human-like ACE2 that permits another optimal binding solution to arise. This is strong evidence that SARS-CoV-2 is not the product of purposeful manipulation. However, although evidence suggests that SARS-CoV-2 is not a purposefully manipulated virus, it is currently impossible to prove or disprove the other theories of its origin. More scientific data could swing the balance of evidence to favor one hypothesis over another.

No animal coronavirus has been identified that is sufficiently similar to have served as the direct progenitor of SARS-CoV-2. The polybasic cleavage site can arise by a natural evolutionary process. For a precursor virus to acquire both the polybasic cleavage site and mutations in the spike protein suitable for binding to human ACE2, an animal host would probably have to have a high population density (to allow natural selection to proceed efficiently) and an ACE2-encoding gene that is similar to the human ortholog.

It is possible that SARS-CoV-2 acquired RBD mutations during adaptation to passage in cell culture, as has been observed in studies of SARS-CoV. Thus the host population could be an animal tissue culture rather than whole live animals. Cell cultures are obviously cheaper to maintain and breed in enormous numbers, which would facilitate artificial natural selection.

The hypothetical generation of SARS-CoV-2 by cell culture or animal passage would have required prior isolation of a progenitor virus with very high genetic similarity, which has not been described. Subsequent generation of a polybasic cleavage site would have then required repeated passage in cell culture or animals with ACE2 receptors similar to those of humans, but such work has also not been described.

Influenza is not Corona, but it is a well-studied model for a similar mechanism of transmission. Highly pathogenic avian influenza viruses with H5 and H7 hemagglutinin (HA) subtypes evolve from low-pathogenic precursors through the acquisition of multiple basic amino acid residues at the HA cleavage site. Although this mechanism has been observed to occur naturally only in these HA subtypes, little is known about the genetic basis for the acquisition of the polybasic HA cleavage site. Findings suggest that the RNA editing-like activity is the key mechanism for nucleotide insertions. An H6 virus with an artificially introduced polybasic HA cleavage site acquired high HA cleavability without trypsin and had a typical highly pathogenic avian influenza phenotype in experimentally infected chickens.

It is supposed that the mutations in the RBD portion of the spike protein and its distinct backbone, rule out laboratory manipulation as a potential origin for SARS-CoV-2, and yet specific RBD mutations and a “distinct” backbone certainly do not rule out laboratory manipulation! Both can be authored artificially, synthetically. As has been evidenced by recent advances of synthetic biology in which use of the polymerase chain reaction is automated mechanically to allow rapid prototyping and transition from a digital ‘blueprint’ to a physical molecule.

The UK-based Wellcome Trust, said the findings by Andersen and his colleagues are crucially important to bring an evidence-based view to the rumors that have been circulating about the origins of the virus. This “evidence-based view” is no more than opinion – it is not proof.
The authors conclude that the virus is the product of natural evolution, and that this statement effectively ends “any speculation about deliberate genetic engineering.” GOOD GRIEF! Is this how science works? By ending any speculation?! The statement reminds me of the climate debate, which has also been pushed beyond speculation of possible cause.

Perhaps the most disturbing for me to read in context has been the article describing the population genetic analyses of 103 SARS-CoV-2 genomes, which has indicated that these viruses evolved into two major types (designated S and L), defined by two different single-nucleotide polymorphisms that show nearly complete linkage across the viral strains sequenced to date.

The L type (∼70%) is more prevalent than the S type (∼30%), the S type was found to be the ancestral version. Whereas the L type was more prevalent in the early stages of the outbreak in Wuhan, the frequency of the L type decreased after early January 2020. Human intervention may have placed more severe selective pressure on the L type, which might be more aggressive and spread more quickly. On the other hand, the S type, which is evolutionarily older and less aggressive, might have increased in relative frequency due to relatively weaker selective pressure.

I understand that the following scenario may sound like an insane ‘conspiracy theory’, but I shall nevertheless promote my view because we have seen no news at all about these two variants, and because all critical thoughts, even if realistic, are completely absent from the popular media. My opinion is that the S-variant has been used as ‘vaccine’ against the L-variant. That both are products of synthetic biology naturally selected in massively parallel tissue cultures, and that both were released simultaneously, albeit strategically. From here on, I enter into the difficult territory of cognitive dissonance surrounding the topic of secretive bioweaponization.

I myself along with local villagers have experienced what we assumed was a nasty seasonal flu in early December. I remember it feeling ‘funny’ and even communicated so to my friends, telling “it’s a funny one this year.” Our symptoms were precisely the same as those reported for COVID-19, though at that time we did not know to call them COVID symptoms. If we had become ill just a few days later, our view would have been one of extreme existential terror! It is for this reason that I am able to dearly empathize with those poor soles who have  suffered since.

The existence of two variants of the same virus goes a long way toward explaining the disparity between symptoms and fatalities in different countries, regions, perhaps even towns. We cannot know, and we will likely never know the truth of this episode. More likely, we shall comfortably forget, as we have forgotten MH370 and the bizarre reports of mental disturbances felt by staff of the Canadian and US embassies to Cuba. I would suggest to you that there is more going on here than we are privy to. My personal favourite interpretation of the current event is much less acceptable that the official story. I do not feel the need to adhere to political correctness. The truth will out.

Our trouble is not that there are too many of us humans on Earth, but that we all aspire to live as North Americans. That situation, I am sure you are aware, cannot be made true. There simply is not enough planet for us all to live the life Riley. We must either reduce our consumption, and thus also our perpetual desire for more, or we must reduce our population. Which do you prefer?

It is a difficult choice to be sure! Speaking with the local villagers and with far-off intercontinental city dwellers, it is clear that none, or very few, are willing to shit in a bucket and throw sawdust over, to eat less, to walk and cycle instead of driving big shiny cars, to work and earn less, to live a humble life of learning. Though it is true that the vast majority of our planetary population has no choice but to live modestly, only a madman chooses that life! Please be honest with yourself now. It may seem nice and romantic to live in the bush-bush, when you see and ‘like’ some young beautiful hippy posting images to social media, but you certainly will not willingly push yourself out of comfort. Rather, you expect more of it! It is precisely from this thought, that I ask you to imagine yourself as King or Queen of the World, and that you hold the capacity to enact the kind of drastic measures that are obviously necessary now for humans to be able to continue to live good lives in the future.

What would you choose to do?

I shall be openly honest with you. As King of the World I would choose to engineer a cull.