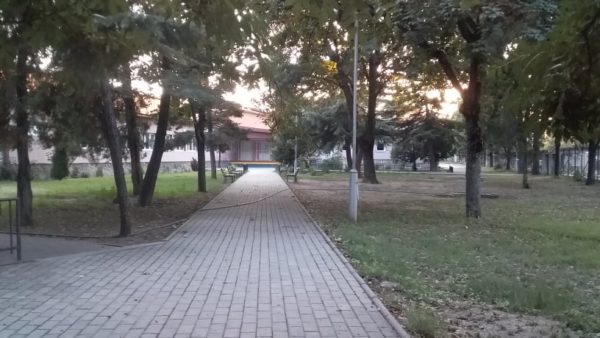 COVID-19 and the Macedonian dilemma

Humanity is facing one of its greatest uncertainties, overfilled with dilemmas, fears, and once in awhile unexpectedly strong opinions. Laymen, gayman, same old and some young men and women in the world are still puzzled by the COVID-19 pandemic, uncertain of its cause, course, and end. The birthday of the vaccine is unknown, the full material and non-material damage yet to be calculated and felt. Thrown out of balance for more than six months, life must go on. The question that looms over everyone is how.

A particularly burning issue in the month of August is the normalization of the educational systems around the world, Macedonia not an exception. Educational institutions in the country and the general public are gradually, though somewhat belatedly, waking from the slumber ‘rightfully’ deserved after the shock of online schooling, the premature elections, and lulled by the ever procrastinating nature of the professional culture from the south. From March to June, the schools closed and children had online classes that for many school children were not more than a weekly exchange of homework assignments with their teachers. The concern that schools may not open in September came before the school ended in June, but it received the attention of all stakeholders, institutions in particular, only recently, in late July 2020. Even then, the issue was mostly popularized in social media where opinions were produced, reproduced, and contested among like-minded groups of parents, instead of receiving a proper institutional consideration. The two most vehement camps of parents are Support for online lectures in 2020/21* and Parents initiative for 2020/21**. The online debate evolved around the issue of online education versus school reopening. The two camps of parents offered conflicting sets of arguments in support of their cause. Both equally plausible, all made with the single concern in mind – what is best for the children.

The main fear of the online education proponents is the inevitable escalation and spread of the virus among schoolchildren first, then older relatives, and, finally, the whole of the society should the schools reopen. According to these parents, the course of the event (exponential spread) is unalterable because there is no efficient manner or strategy of protection in circumstances where normal classes are non-feasible equally due to infrastructural, institutional and human reasons (lack of proper responsibility and commitment, inappropriate spatial management, sanitary conditions, and organizational procedures and many, many more). On the other hand, online education is preferable, doable, and potentially efficient. Online learning platforms and software are pointed to and discussed. To support the arguments raised, experts’ (doctors, educators, researchers) opinions are quoted, numbers (surveys and polls) offered, news articles and news reports on foreign COVID-19 research posted, failed and successful examples of other countries pointed to, and a plethora of personal opinions offered.

Similarly, parents that advocate reopening offer dozens of arguments. Socialization, interaction, and proper attention and care to each pupil offered only by schools are presented as indispensable. Online education is didactically ineffective, technically near to impossible, and socially and economically undesirable. The effort to assist pupils’ daily needs and responsibilities are at serious odds with some parents’ working hours, which in turn affects the family budget. Managing two school children at home hand in hand with other duties is a serious source of anxiety for the parents who believe that life must go on in schools as it already does in all other private and professional domains. Closing school doors does not close completely down the risk of the virus for the children, some of which are already having a normal social life at the playgrounds and the parks. Finally, the lower number of infected children and the lack of evidence that children are they key bearers and transmitters of the virus supported by research, anecdotal mostly, is also considered a justification among this group of parents. Again, appeal to authorities (experts and researchers), news reports, public polls and surveys, and news reports on foreign favourable examples are all mobilized in support of the main claim.

Interestingly, amidst this clash of irreconcilable differences in opinions, the Ministry of Education and Sciences seem to be favouring the ‘school opening’ option justifying its attitudes by the re-assurance that all will be undertaken by following strict safety protocols. Even as close as three weeks before the beginning of the new school year on September 1st, the Commission for Infectious Deceases, the counselling body of the Ministry, has not passed a final decision.

In the meantime, children are being children to the best of their capacities, some enjoying the sun of the day seemingly untroubled, playing with their peers in the pubic areas, some are kept away safe at home or at their grandparents country houses, socializing with few chosen ones, but all desiring to come back at school to hang around, to be praised, to get out of the no-routine routine. (Un)fortunately the decision is not in their hands, and there is no right or wrong choice.

In my humble opinion, there is only one choice, one that is well thought of, well planned and organized, and committedly executed. Not perfectly, merely responsibly. The question of school reopening is not only a question of reconciling divergent parental opinions, but more importantly, a matter of the existence of a well-structured, organized, and effective education system in Macedonia that has a good crisis management strategy as well as a capacity to both accommodate differences and produce results.